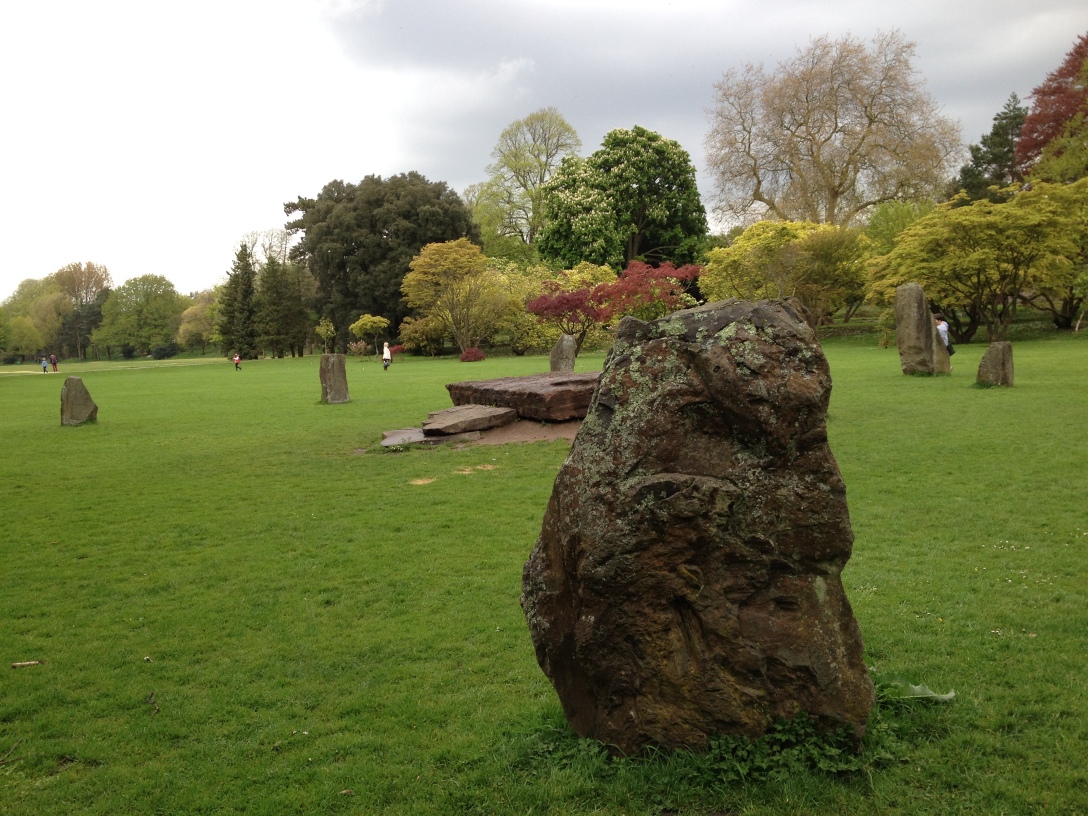 I live in the most beautiful place in the world. Wales has a reputation for being windy and rainy, but today the sky was bright blue. We decided to hop on our bikes, make our way down to the marina, and see where we ended up from there.

After a few minutes watching the boats at the marina, we headed over to the nearby bike path, part of Route 5 of the National Cycle Network. At first there were some threatening clouds and spitting rain — just enough to create a beautiful rainbow over the beach: 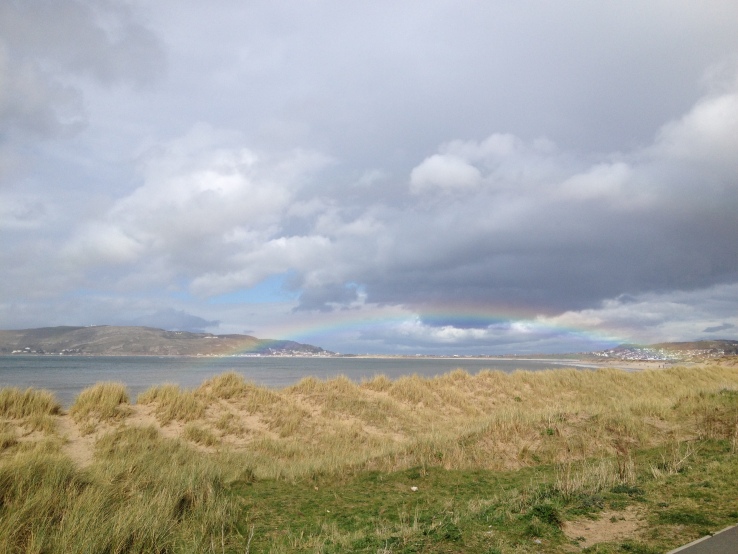 But as we rode the sky cleared, and we wound around the path feeling the sun on our faces. We got almost to Dwygyfylchi and probably could have continued on, but I started to get nervous. This was my first bike ride in ages, and I knew that the last stretch toward home was all uphill. So we stopped and took a break by the water:

As we started back home, I thought maybe I could have handled a longer ride — until we decided to make a detour and ended up on a ridiculously steep hill. I downshifted, but not enough. As I walked my bike up that last slope toward our house, I looked over my shoulder, down toward the marina, and promised myself that I’d be back soon. 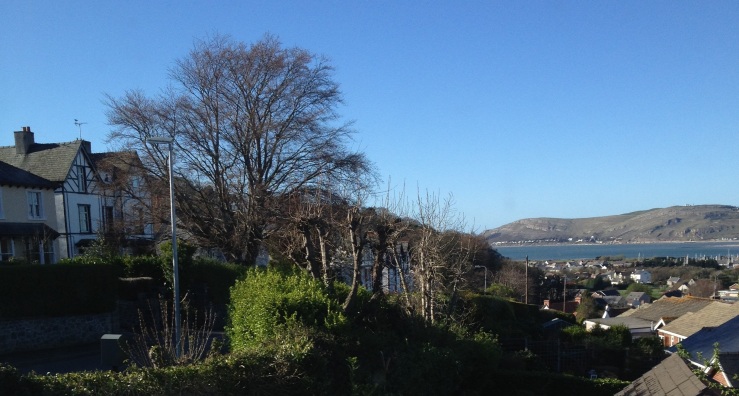 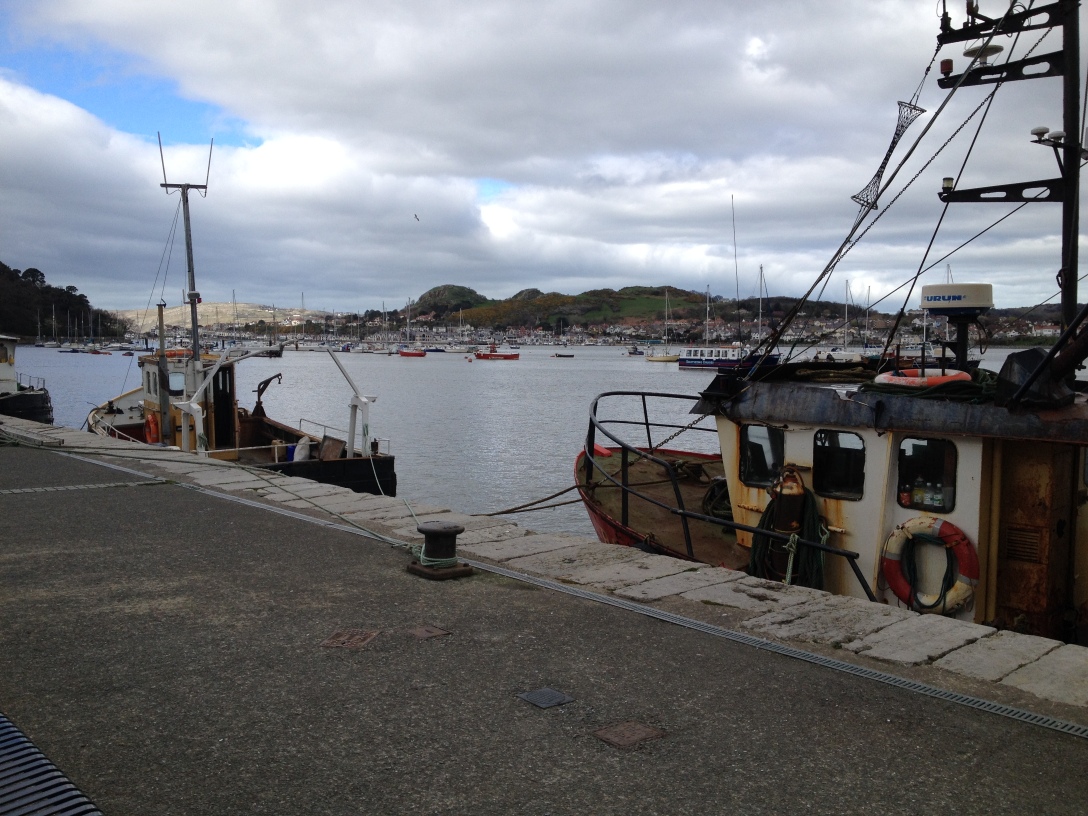 Just a quick after-lunch stroll along the harbo(u)r. 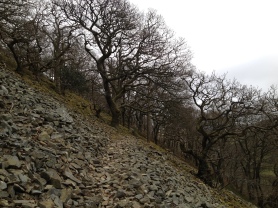 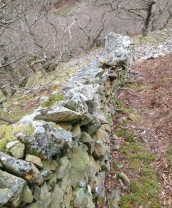 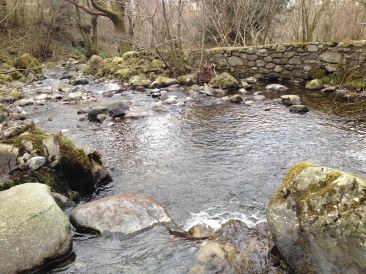 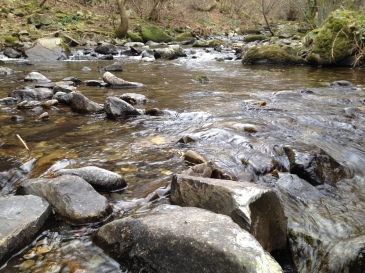 Over the weekend, we drove through Llanfairfechan and out to the Nant y Coed Local Nature Reserve for a little walk. It was sunny when we left the house, but by the time we started our walk the clouds were coming in and settling on the tops of the hills nearby.

The walk starts along a stream and then shoots up the side of the hill. There’s a big change in elevation, but the switchbacks make it a comfortable climb — I was surprised to look out and see how high up we had gone. You can look out across the sea to the edge of Anglesey, or across to the horses on the neighboring pastures, before circling around to the stream at the bottom of the hill again. It was a quick, fun walk, and I’m sure we’ll be back to explore some of the other trails in the area.